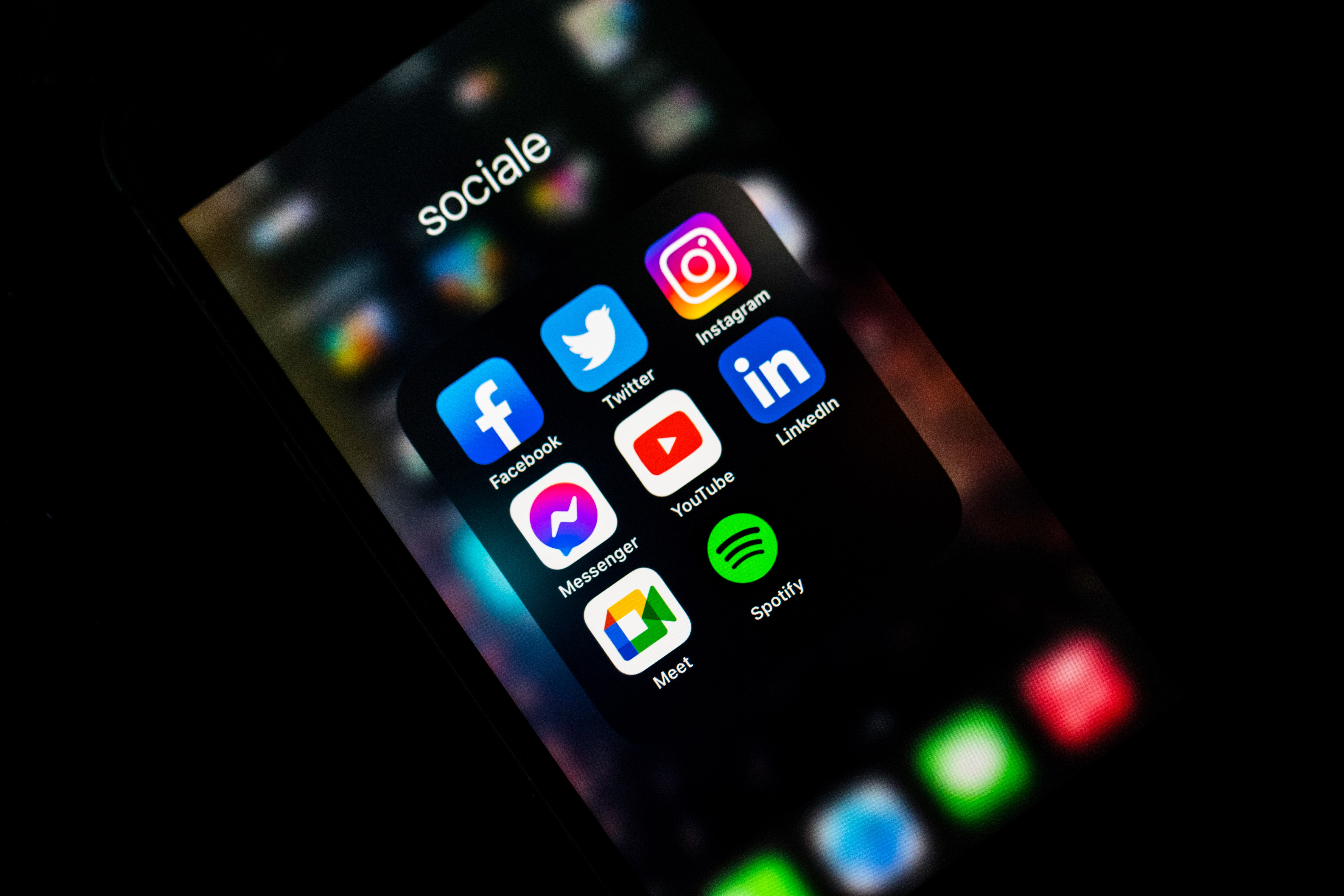 Who are they? What do they do? And why are they important?

Here is our current list of social media apps that are impacting our lives.

Facebook (US 2004) is the key player for every brand with 2.85B users. While it used to be the domain of the young, it now attracts an older audience. It is a key place for news, business, advertising, politics and remembering what you did ten years ago.

Instagram (US 2010) is a newer, more graphical social media channel owned by Facebook. It boasts over 1.2B users. IG for short has a younger audience and is starting to be used more as a mainstream business advertising platform from its influencer style market over the previous years. Instagram Reels is a new feature that Instagram hopes will see it grow further. If you do anything that can be visual, it is a must-have platform.

Twitter (US 2006) is a smaller platform than you might assume with only 396M users. It has heavily been used by the media, politics and news businesses but lesser by mainstream businesses. It is liked by Google and many directories as a source of information for your business. Posts known as Tweets have a very short lifespan and are hard to monitor. However, Twitter is a great spot for clients after a quick response to complaints.

TikTok and its Chinese version Douyin (China 2016) is one of the newer social media platforms with a rapidly growing user base of 732M. It is a growth platform mainly aimed at youth and young adults and must-have if you’re in that space. It is all about making short videos and sharing them. It’s young, it’s fun, it’s rad.

YouTube (US 2005) has 2.3B users and is the key competitor to Facebook in the market. It is an online video sharing and social media platform, on which its users watch more than a billion hours of videos every day. In fact, YouTube is the biggest search engine after Google. It is a platform that needs a good strategy to achieve a good impact.

WeChat (China 2011) is not just a messenger app, but the FaceBook equivalent of China with over 1.2B users. Since FaceBook is currently banned, WeChat has become an all-in-one social media platform, which is likely to grow in the western world.

WhatsApp (US 2009) is a messaging app that has more than 2B users. It was acquired by FaceBook, which has left many concerned whether it will maintain its high level of security. It is an immediate message service, where most messages can be addressed immediately. FaceBook’s purchase of WhatsApp is definitely about the additional revenue and market share.

MeWe (US 2012) has a light approach to content moderation which sees it attract those into alternatives and conspiracy theories. But this doesn’t its 18M users cannot be customers. MeWe is a subscription based service, which is currently pushing into the business arena. Its growth is being fed by the dissatisfaction with larger players such as FaceBook and Instagram.

Tumblr (US 2007) allows users to post multimedia and other content to short form blogs. The site currently has 496M blogs and has been in serious decline since it banned adult content two years ago. This, though, has led it to become popular with young audiences and niche fandoms.

Reddit (US 2005) is a social media news aggregation, rating and discussion website. With some 430M users, it’s great for anonymous posting and linking with hyper-specific communities. It is great for researching and following your audience. However, you must have a dedicated branded subreddit to post promotional material.

LinkedIn (US 2003) has been the key professional networking platform for many years. With its sale to Microsoft it has been a lot more sales focused, but remains important to businesses and their decision makers. It has 660M users with some 50% of them active on a regular basis. It is essential for those in the B2B space.

Snapchat (US 2011) was developed as a disappearing message and photo sharing app, popular with younger audiences. It currently has some 528M users though it is losing its attraction to younger audiences. Businesses are starting to use it for B2B which is resulting in an increase in users.

Pinterest (US 2009) is an image sharing platform for brands and creative types. It has a user base of 459M users which means it can’t be ignored. It’s a platform that can assist with organic growth if your business has engaging content.

To find out which of these social media platforms might be best for your business, check out our blog on Social Media Platforms – Which is Best!

Gerald and Rose is a digital marketing and website development agency based in Surry Hills, Sydney. G&R as we call ourselves was formed when the founders continued to have bad experiences with other providers.

Marketing, Social Media and Websites need to be simple, well priced and reliable. Business owners hate surprises, we know, we run small businesses. We can assist you with the right social media channels for your business, so drop us an email at sales@geraldandrose.com